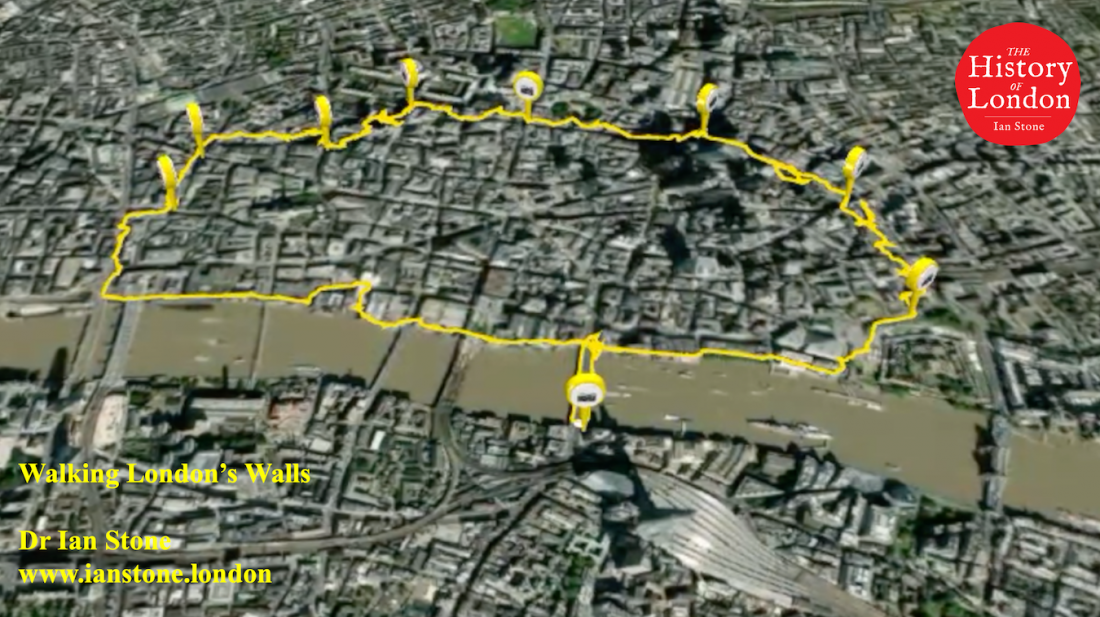 Recently, I walked the route of London’s old city walls using an app called Relive to trace and then map my walk. The stone walls, which surrounded London to the east, north and west were built early in the third century when Britain was under Roman rule. They were maintained and used throughout the Middle Ages, only becoming obsolete in the sixteenth century. The route runs for three miles and is an enjoyable and rewarding experience for anyone interested in the history of London. In this video, I discuss the history of the walls and gates which defined the Roman and medieval city.