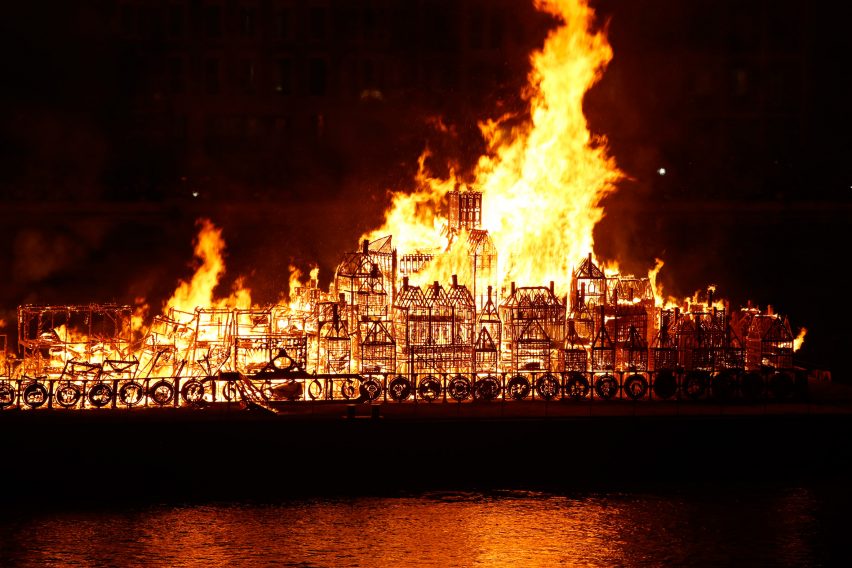 As morning broke on this day 355 years ago, few Londoners had slept well. Certainly, Samuel Pepys was up at 4am, with the rest of his household, loading his possessions into a cart to remove them from London. Even at that hour, the streets were crowded with people doing the same. There had been no respite from the fire overnight and more Londoners faced the imminent prospect of losing their houses. Those with friends or relatives close to London could hope to stay with them, while a few others like Pepys were able to sleep at their offices, but for many others, perhaps even the majority of citizens, the countryside outside the city was the only refuge. Hour-by-hour the fields filled with greater numbers of people until they began to resemble something of a shanty town.

Within the city walls, the fire containment efforts were better organised than they had been on the first day. The king had put his brother, James, in charge of the operation with various members of the Privy Council under him. Together, they had established stations in an arc around the fire, and at each station there were some local worthies, thirty soldiers, the parish constables and one hundred men. They pulled houses down, desperately trying to create firebreaks, and tackled blazes with the basic tools that they had. This must have been punishing and dangerous work. Unfortunately, their efforts had only marginal success. So great was the conflagration that it easily leapt across the breaks and the fire continued to spread across the city. By evening, Thomas Gresham’s Royal Exchange, London’s first great Renaissance building and a symbol of the city’s commercial might, had been obliterated, and the flames had reached Puddle Dock, close to Blackfriars, and the eastern end of Cheapside. At least one-third of the city, if not a little more, had been consumed by fire and many Londoners were beginning to wonder whether such a cataclysm could indeed have started accidentally. To many citizens, it was evident that the wrath of God had been visited upon the city for its sins. Wilder rumours and theories swirled around too. Some Londoners had heard tell that the French had set the city alight, while others blamed a fifth column of papists. In this fevered atmosphere, there were attacks on ‘strangers’, that is anyone who had not been born in England, and it must have been an especially difficult time for many of London’s alien residents. With no end to the inferno in sight, what would tomorrow bring?