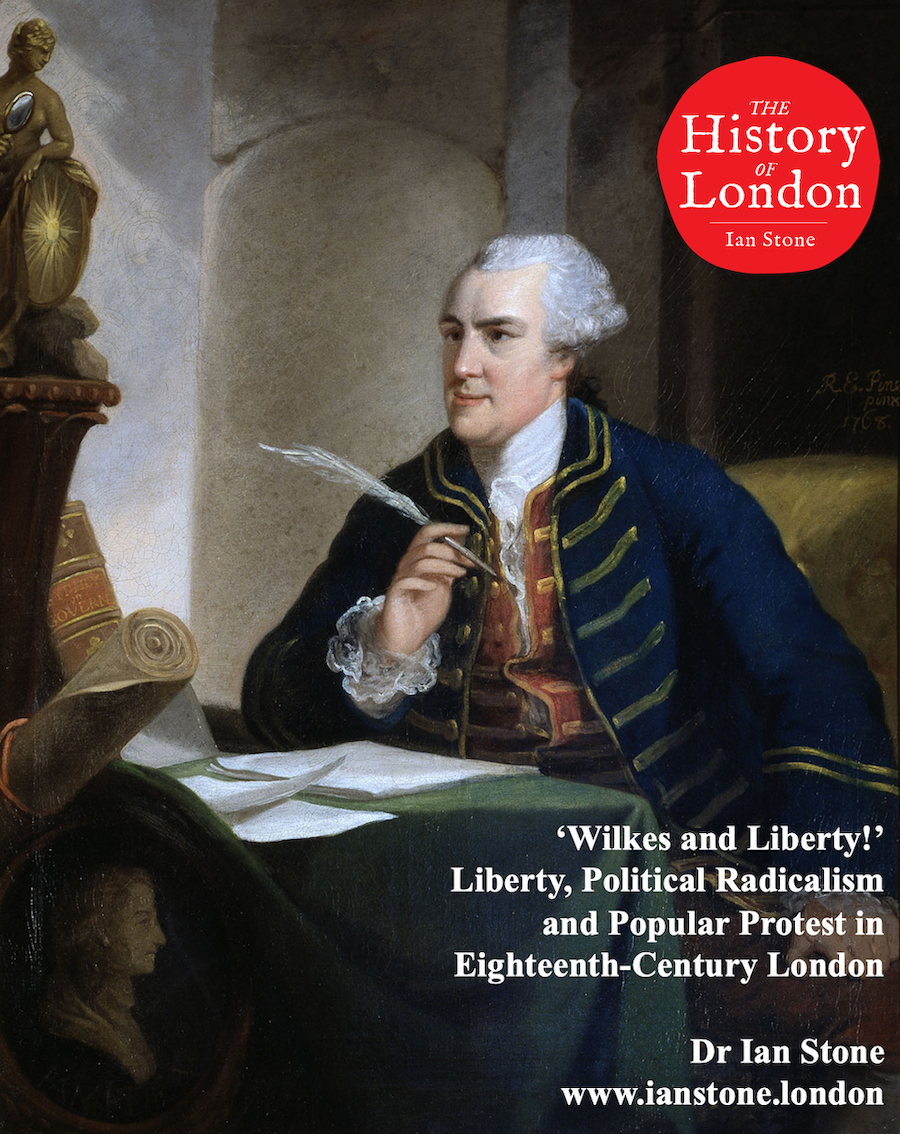 John Wilkes was one of the most controversial figures ever to have graced the political stage in London and Great Britain. He was a cultured, charming and courageous man of high-minded principle, but also an untrustworthy, unsympathetic, and unfortunate-looking man of the lowest possible morals. He was imprisoned for two years for printing a seditious libel and an obscene publication, yet his supporters repeatedly elected him a Member of Parliament and an alderman of London from his prison cell. Eighteen months after his release from prison, he became sheriff of London, that is to say, he was the city’s principal judicial officer, and thereafter he served as Lord Mayor and chamberlain. Yet Wilkes was no establishment figure. He was rather something of a demagogue and for two decades his supporters’ cry of ‘Wilkes and Liberty’ filled the streets of London – often accompanied by the sound of fisticuffs and smashing glass. Throughout his life he was a pioneering radical and committed to the cause of liberty, but the furtherance of his own interests was often the cause closest to his heart. In my latest YouTube video, I explore the life and career of a man who changed politics – both in London and nationally – forever.