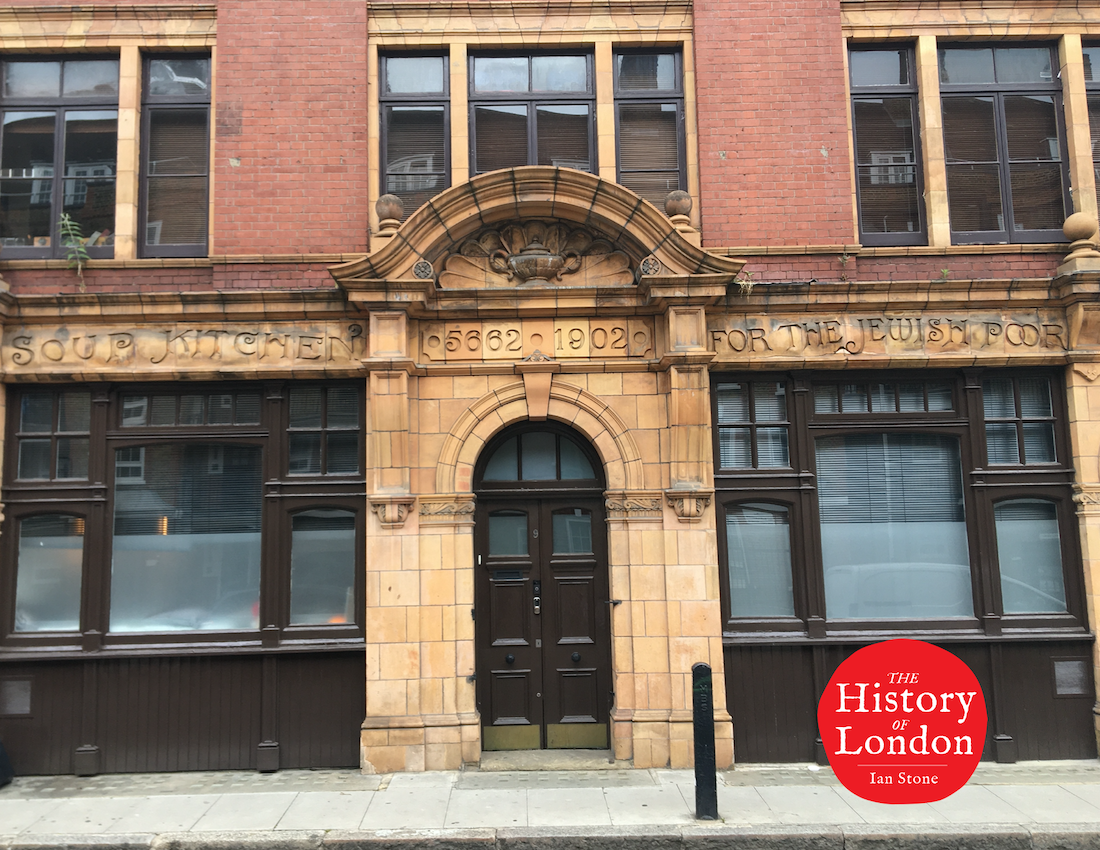 The Soup Kitchen for the Jewish Poor

On Brune Street, close to Spitalfields Market, is a building with the inscription ‘Soup Kitchen for the Jewish Poor’ engraved upon its cornice. In my latest YouTube video I explore the history of the building within the context of the Jewish history of east London. I also consider what the building’s current function can teach us about more recent developments in the East End.