Share
Ian Stone, historian | The Mayor, the King, and the Conditions of Loyalty
1689
post-template-default,single,single-post,postid-1689,single-format-standard,ajax_updown,page_not_loaded,,select-theme-ver-4.4.1,side_area_uncovered,wpb-js-composer js-comp-ver-5.4.7,vc_responsive,elementor-default 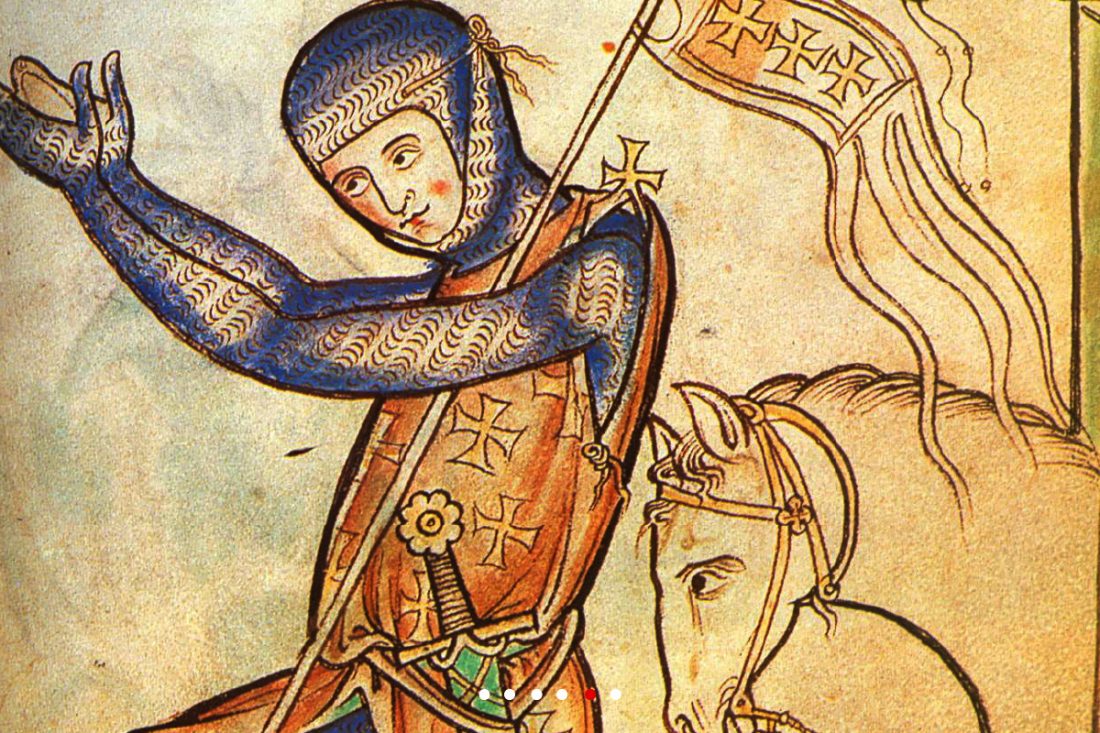 The Mayor, the King, and the Conditions of Loyalty

‘Lord, as long as you are willing to be a good king and lord to us, we will be faithful and devoted to you.’ With these words, on 17 March 1265, Thomas fitz Thomas, a draper and mayor of London, told the king of England to his face that the Londoners’ loyalty to him as their king was conditional on his proving himself as a good lord. Good lord indeed. No wonder that Arnold fitz Thedmar, a contemporary chronicler, who witnessed this exchange described it as ‘something astonishing and unheard of in this age’. Arnold was not to know, but perhaps it was not that astonishing or exceptional. Certainly, Fitz Thomas’s conditional loyalty bears comparison with a legendary contemporary Aragonese oath, in which the Aragonese declared that ‘we, who are worth as much as you, take you as our king, provided that you preserve our laws and liberties, and if not, not.’ There is evidence, then, at least in these two examples, that in thirteenth-century Europe really rather humble subjects were beginning to question the terms on which they owed loyalty to their kings.

There was in medieval Europe nothing new in the idea of imposing conditions upon kingship. In 1215, for example, King John had been forced to concede Magna Carta to his barons. In 1258, following twenty years of testing rule, John’s son, King Henry III, was compelled by his barons to agree to a reform programme even more ambitious than Magna Carta. But, in these instances, it had been the barons of England, the great and powerful men, who had set restrictions on royal power. Thomas fitz Thomas, on the other hand, was just a merchant of London. Who was he to articulate a philosophy such as this to royalty? True, the citizens of medieval London had established a tradition of resistance to seigneurial demands which they perceived to be outrageous or unjustified. I showed, for example, in a previous blog how frequently the king and the Londoners had quarrelled in the decades before 1258. In this way, we can see why the mayor of London would want to qualify his loyalty to the king. But in these clashes the Londoners were ultimately unsuccessful and they had been forced to back down. Certainly, they failed in their limited attempts to redefine the terms of their relationship with their sovereign. So, what had changed by 1265? Why could the mayor of London now be so brazen in front of his king?

In 1258 the Londoners had, on the whole, allied themselves with the barons who sought to impose political, administrative and legal reforms upon the king. Over the course of the next five years, the reformers – whose numbers fluctuated as allegiances shifted – proposed various schemes for the reorganisation of the realm, almost all of which were opposed by the king and his royalist supporters. It is no wonder that the king was implacably opposed to what was suggested during these years. The reforms stripped him of his power to appoint his officials and took the running of the country into the hands of a council over which he could exert no power. They were provisions which would not be equalled in their comprehensiveness or radicalism until the Protectorate of Oliver Cromwell. In the end, the differences between reformers and royalists were too great to be reconciled and, in 1263, civil war broke out. The Londoners, led by their mayor Thomas fitz Thomas, were in little doubt as to with whom they should side, and they welcomed a baronial army led by Simon de Montfort into the city. A year later, now joined by oath, hundreds of Londoners then fought alongside their baronial allies at the Battle of Lewes, in which battle Henry, his brother, son and nephew had been captured. On 17 March 1265, therefore, the king was a prisoner of Montfort, and the mayor of London stood foursquare with Montfort and his allies.

Simon de Montfort’s life and career is the subject of a new book, The Song of Simon de Montfort: England’s First Revolutionary and the Death of Chivalry, written by Dr Sophie Ambler, a lecturer in medieval history at Lancaster University. Simon deserves to be better known. He was, after all, the man who came to lead England’s first political revolution. Dr Ambler’s well-written and accessible book provides a fine study of Simon as a man and affords an opening on to this dramatic period of history. In Thomas fitz Thomas’s words to the king, we have already seen just how dramatic some contemporary events were. Thomas’s effrontery in March 1265 happened at the end of a famous parliament which lasted for some seven weeks from 20 January. Montfort may have been at the height of his power with his royal prisoners, but he knew that this of itself gave him no authority. He needed legitimacy. To this end, he assembled a parliament to which he, in the name of the king, summoned lords, barons, knights and townsmen. This was the first parliament to which all of these groups had been summoned. Prof David Carpenter has called this assembly ‘the House of Commons in embryo’.

As a reward for their support, the Londoners were told to send four representatives to this meeting; most other towns sent two. Dr Ambler’s new book provides us with a compelling and vivid account of this parliament. She reminds us that it represented not just the triumph of Montfort’s reform programme, but also the hubris that was to lead to the collapse of his position and his death on the blood-soaked battlefield of Evesham in August 1265. This dichotomy between Simon the principled and high-minded reformer on the one hand, and Simon the arrogant, greedy and vainglorious troublemaker on the other, continues to puzzle historians. He was then, and is now, a divisive figure. To consider Simon’s commitment to political reform is to come face-to-face with just one example of these ambiguities. In the parliaments and councils of the 1230s and 1240s, as Henry’s rule became more abrasive, grievances against the king were increasingly declared and discussed. At most, Simon played a negligible role in any proposal which sought to remedy these grievances. If anything, Simon was, at this time, one of Henry’s firmest allies, to whom, as Prof John Maddicott has noted, he ‘owed everything’. Yet in 1263 Simon was alone among the great barons of the realm who, in opposition to the king, had remained true to the cause of political reform.

To understand this contradiction, we must appreciate that it was Simon’s disdain for his royal master and his private grievances against the king which drove his eventual commitment to the revolution which began in 1258. Dr Ambler, however, asks us to consider another dimension of Simon’s character: that is Simon the scion of a famous crusading dynasty, a man who drew inspiration from his father’s legend and a man who, in turn, used his father as an exemplar to guide his actions throughout his life. In her book, she presents us with a picture of a man utterly convinced in both the rightness and righteousness of his cause, and a man prepared to pay the ultimate price for his beliefs.

Whether one agrees with the righteousness of Simon’s actions or not, there can be no doubt that many of his contemporaries did and that they, too, were willing to die fighting bravely for their beliefs. Thomas fitz Thomas was not there at Evesham, but he could have had little hope for mercy from a victorious and vengeful king. As soon as Henry had recovered his power, he deposed Thomas from office as mayor of London and as alderman of the ward of Cheap Ward, had him imprisoned, and seized his houses and lands to reward royalists. Thomas spent almost four years in gaol, and was only released on payment of a fine of £500. And yet, he continued to be admired by his fellow citizens. In an election which was held in May 1266, contrary to the ancient privileges held by the city, Henry sought to restrict the list of candidates to those of his choosing. In response, the Londoners rioted and took to the streets roaring ‘we want no mayor except Thomas fitz Thomas, and we want him freed from prison’. Thomas clearly remained a popular man in London. Perhaps it was his philosophy of conditional lordship, one which we see emerging elsewhere in Europe among the lower ranks of society, which most attracted the Londoners who rioted and shouted his name.