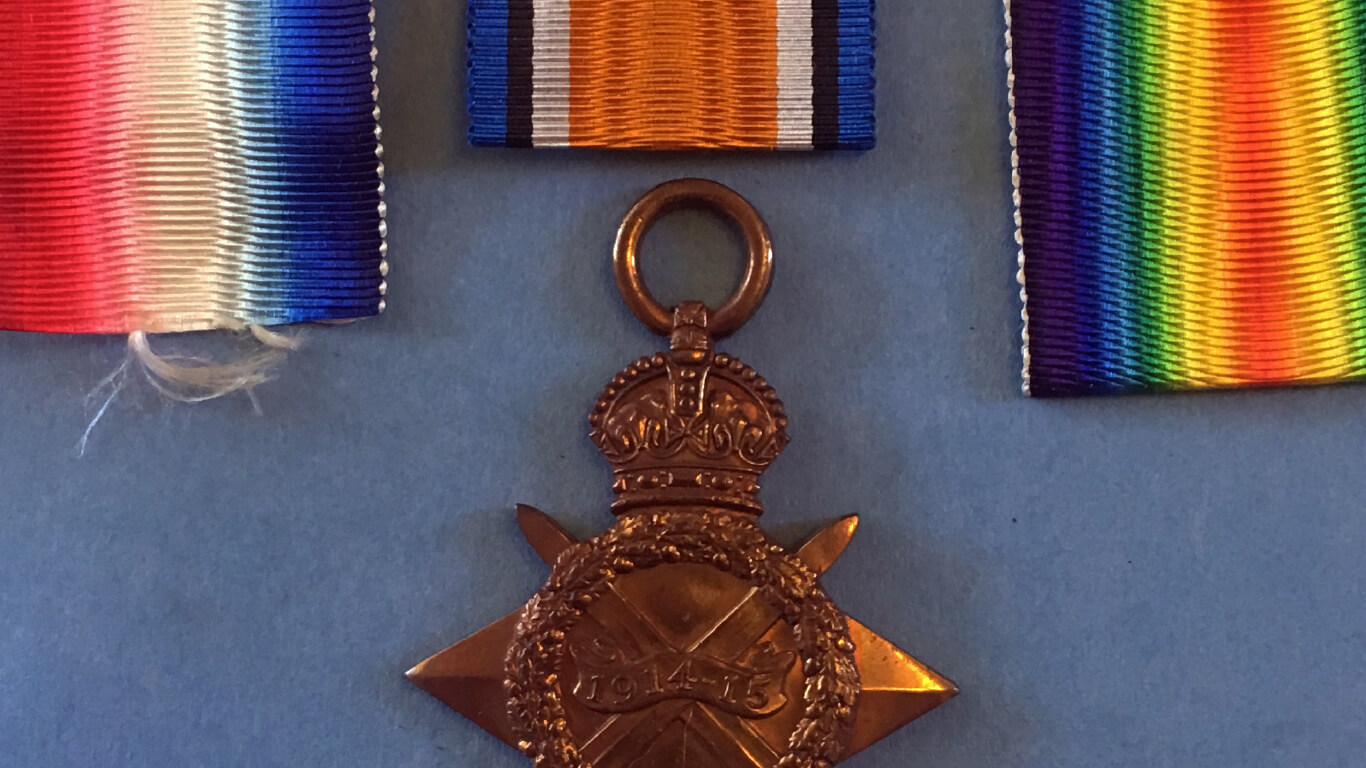 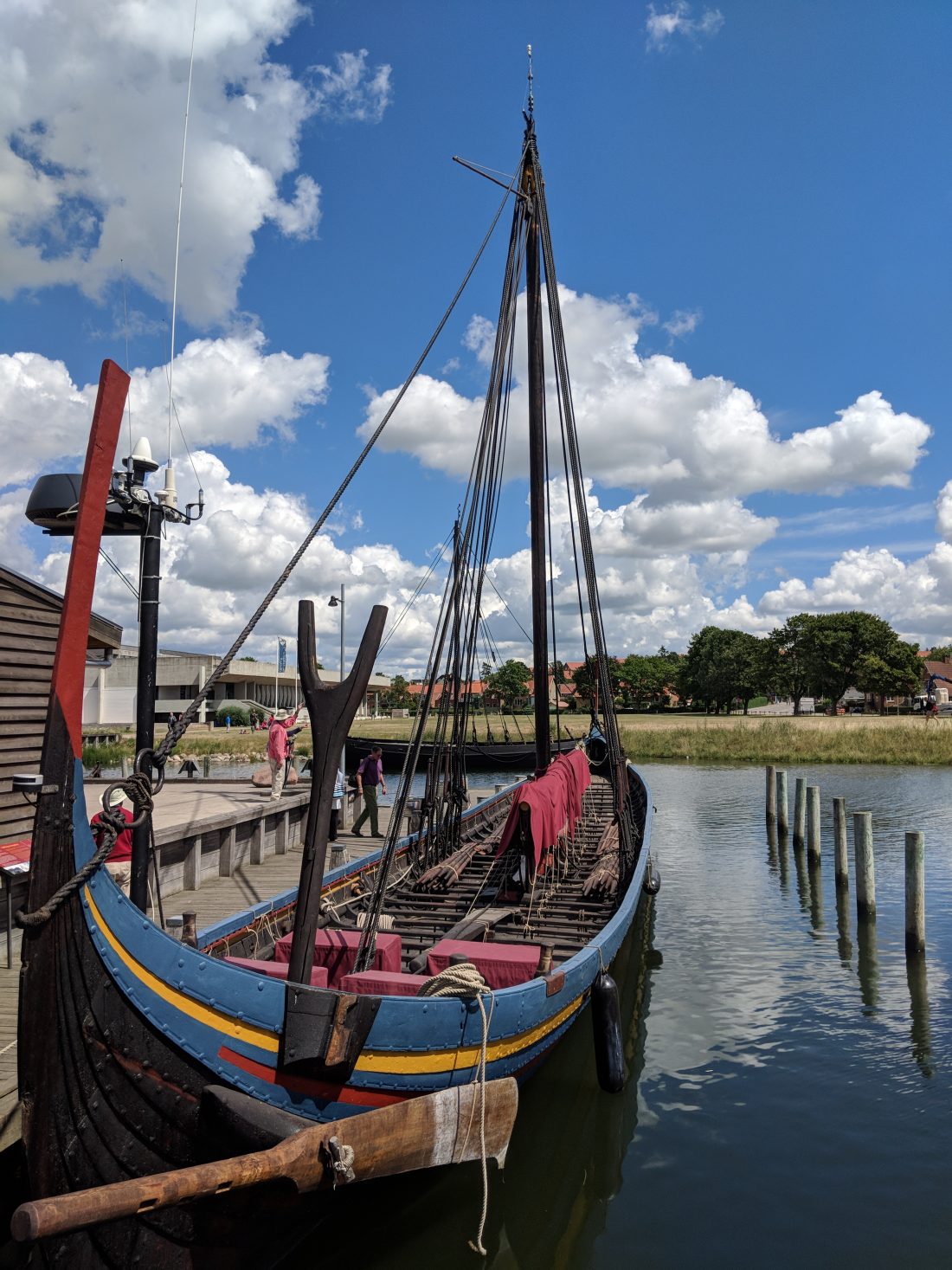 The Five Skuldelev Ships at the Roskilde Viking Ship Museum

The Viking Ship Museum in Roskilde was built in 1969 to house the five so-called ‘Skuldelev’ ships. In the late eleventh century, these ships were sunk in a channel at Skuldelev to block access to Roskilde in Denmark. Why the ships were sunk is unknown; perhaps to block attacks from the sea, perhaps to control and facilitate the collection of customs. Local fishermen had long known that there were old ships in this channel, but it was only in the 1950s that they were first examined underwater, and they were only excavated in 1962. The five ships recovered were of five different types which makes the ‘Skuldelev’ discovery the single richest source for our knowledge of ships in the Viking Age.

Roskilde is only twenty minutes from Copenhagen by train. We visited on a warm, sunny day in June 2018 spending the morning at the museum and the afternoon in the city itself. Roskilde has a pretty centre which, on a Friday afternoon, was filled with people dining al fresco and looking forward to the impending weekend. The centre of the city is dominated by the wonderful cathedral. A UNESCO world heritage site, the cathedral, construction of which began in the twelfth century, was the first ‘Gothic-style’ cathedral to have been built in brick.

The Museum is located down the hill from the centre of the city adjacent to Roskilde Fjord. Indeed, on entering the main hall of the Museum one’s eyes are drawn as much to the panoramic window which affords an extensive view on to the water outside, as they are to the ships themselves. However, one’s focus soon returns to the five ships themselves – and their functional beauty. The design of the hall allows visitors closely to approach and admire the ships. Here one can appreciate the simple symmetry of their designs, here one can study in detail the marks still visible on the ships’ fabric.

The Viking Ship Museum in Roskilde is, however, much more than just a museum. It is also an international research centre with an authentic boatyard. The teams who work there have recreated all five of the Skuldelev ships using building techniques which would have been used at the time of the ships’ original construction. Using these techniques, the teams have learnt much about the processes of Viking-Age shipbuilding and the organisation which made their construction possible. More, these ships, once built, have then been able to undertake experimental voyages and sea trials, enabling historians and archaeologists better to understand the scale and nature of Viking maritime voyages. This ‘experimental archaeology’ has shed new light on matters such as the speed at which these ships could travel, how much they relied on sails and/or oars for their propulsion, how the crews fitted into and manned the ships, and how much cargo they were able to carry. In short, experimental archaeology provides us with a new form of evidence which we can place alongside other types of evidence better to build a picture of Viking-Age Scandinavia.

The largest ship found at Skuldelev, indeed, the largest Viking longship yet found, is the ship now known as Skuldelev 2. Analysis of the oak (dendrochronology) used in its construction has revealed that the ship was built in or near to the then Norse settlement of Dublin in 1042. It is just short of thirty metres long and its thirty pairs of oars could have been manned by a crew of sixty to seventy men. Its reconstruction, which was finished in 2004 after four years’ work, is called the Sea Stallion from Glendalough and she is normally to be found in the museum harbour. In 2007 she undertook a seven-week journey from Roskilde to Dublin sailing round the north coast of Scotland. Thanks to the data collected on this journey, we can now suggest that original ships of this type could reach a top speed of perhaps seventeen knots, with an average pace of six to eight knots. In real terms: a ship such as this could easily have sailed from Denmark to England in less than a week, perhaps even in just a few days.

We sat in the Sea Stallion. She is a strong vessel that easily accommodated our group of twenty. The effect on all the senses was quite strong; certainly, the smell of tar was noticeable. Visually, one of the first things which struck me were the colours of the ship – blue, yellow and red. It is easy to look at the remains of the Skuldelev ships in the Museum and to conjure an image of the ships of the Viking Age being the same uniform dark wood colour. But traces of paint found on various Viking-Age ships suggests that the Scandinavian seafarers of the time loved colour. It is good to be reminded, I think, that the past was not always as monochrome as we might imagine it to have been. Another aspect of the ship immediately obvious was just how open the deck was. There were no cabins below decks on these ships where men could retire for a night’s sleep. Their crews would have rowed, eaten and drank where they sat – and then slept on the open deck between the benches. The experience of being onboard one of these ships on a dark, stormy North Sea at night must have been quite terrifying. Whether it was as terrifying as the Norsemen themselves when they landed is, of course, another matter.